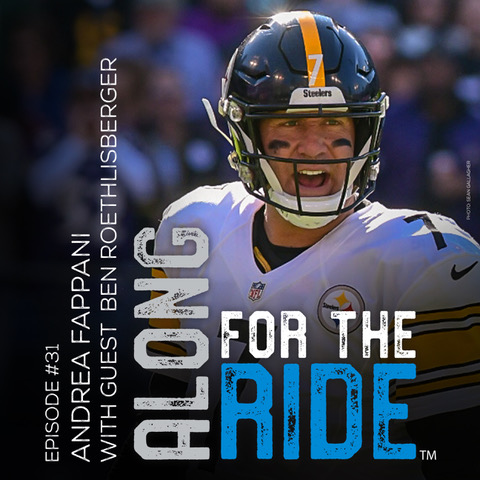 Episode 31: Along for the ride with Benjamin Roethlisberger

Benjamin Roethlisberger, nicknamed “Big Ben”, NFL quarterback for the Pittsburgh Steelers Winning QB in two out of three Super Bowls. Drafted in 2004 by the Steelers in the first round, he has played his entire career as a Steeler. Ben shares his interest and love for animals and how he uses his horses to relax and clear his mind. A candid conversation with the man behind the football and how he achieved excellence on the field and as a husband, father and friend. Come Along For The Ride™ with Big Ben