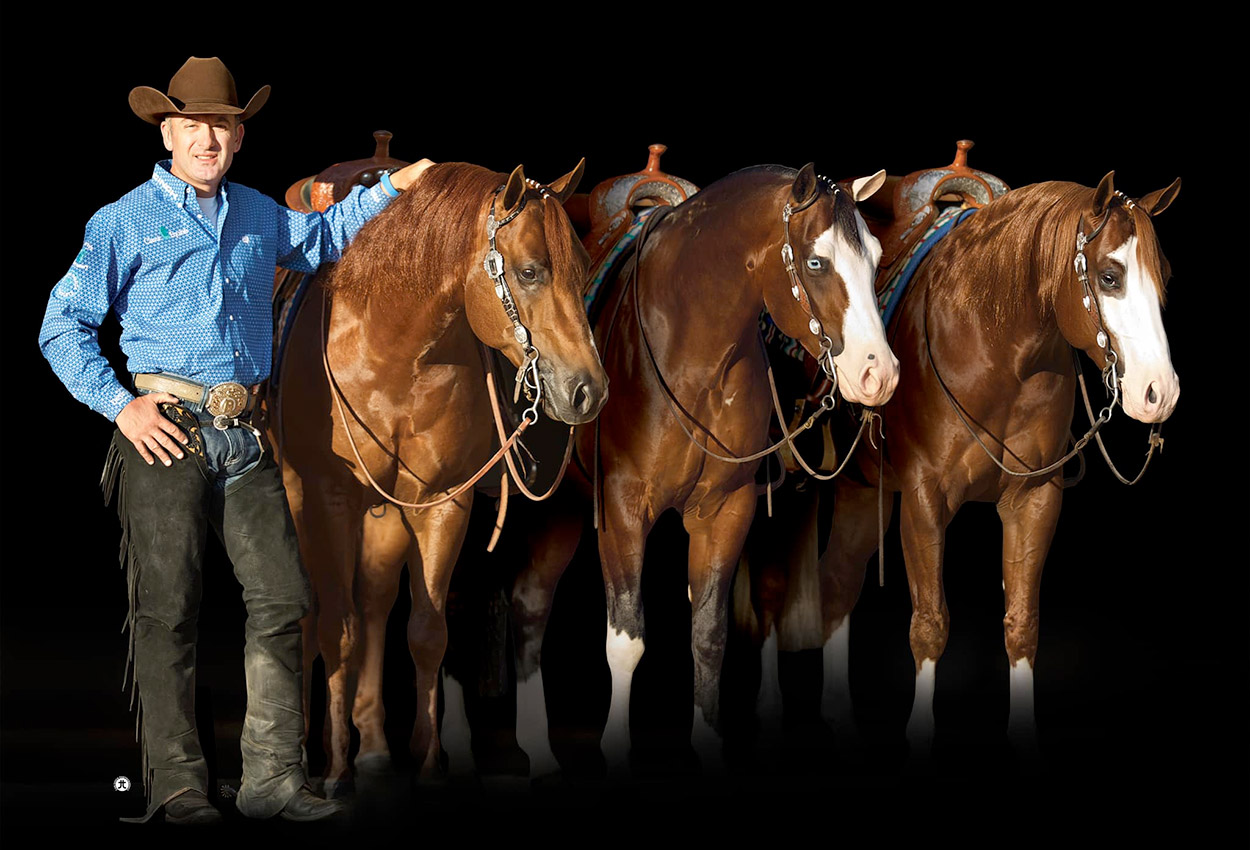 Andrea Fappani recently crossed a rare career milestone when he became an NRHA Six Million Dollar Rider. He is only the second person in history to reach that mark.

Born in Italy but now living in Arizona, Fappani recently crossed the earnings threshold with money won in National Reining Horse Association events. The only other rider to reach that mark in Shawn Flarida.

Fappani, who now trains at Rancho Oso Rio in Scottsdale, became an NRHA member in 1994 and traded in his non-pro card to become a professional just three years later. In 2006, Fappani became one of the youngest NRHA Million Dollar Riders in history. He reached the NRHA Five Million Dollar mark in 2017.

“When I came to the states in 1997, my dream was to win the Futurity,” Fappani said. “In 2001 I was lucky enough to do that. I had to ask myself what next because that was my lifetime goal.”

The trainer said he’s never solely focused on chasing his lifetime earnings, it’s always been about progressing his horsemanship. Fappani is especially proud of the consistency he’s displayed in his career year after year.

“I’ve always been scared of having a great year and following it up with a not so great one,” Fappani said. “It’s never been about winning, it’s always been about consistency in my training program and showing that I can make the same things happen again and again.”

At the 2020 NRHA Derby presented by Markel, Fappani rode Spooks Gotta Outfire (by Spooks Gotta Whiz) for owners Clemerson Gomes Barbalho and Mark Weissman to a 225.5. This was enough to take third place in the Open Level(L) 4 Finals and was the first chunk of change that inched Fappani closer to his six-million-dollar rider status.

Several top-tier finishes at the rescheduled 2020 National Reining Breeders Classic (NRBC) sent Fappani home with more than $70,000 in his pocket. This trend continued at the High Roller Reining Classic and the Friends of Reining Futurity in Tennessee where Fappani won more than $50,000 with top finishes.

He also banked $20,073 when he won the Arizona Reining Horse Association’s Best of the West Yellowstone Futurity Level 4 Open with the Rancho Oso Rio-owned A Smalltown Trick (by Tricked Out Spook). In addition, he earned another $12,218 by finishing second in that event with Electric Enterprize, a daughter of SG Frozen Enterprize owned by Tamarack Ranch.

Many of Fappani’s current clients have stuck with him since the first year he ran his own program. The trust Fappani has built with his clients is an important part of his success.

“When you have people behind you that trust you and don’t question the decisions you make as a trainer, it gives you a lot of freedom to treat their horses as your own,” Fappani explained. “Having clients like that behind me as a trainer has been one of my greatest assets in my career so far. And then I have a great team who keep me in a position where I can concentrate on my training and just get better every year.”