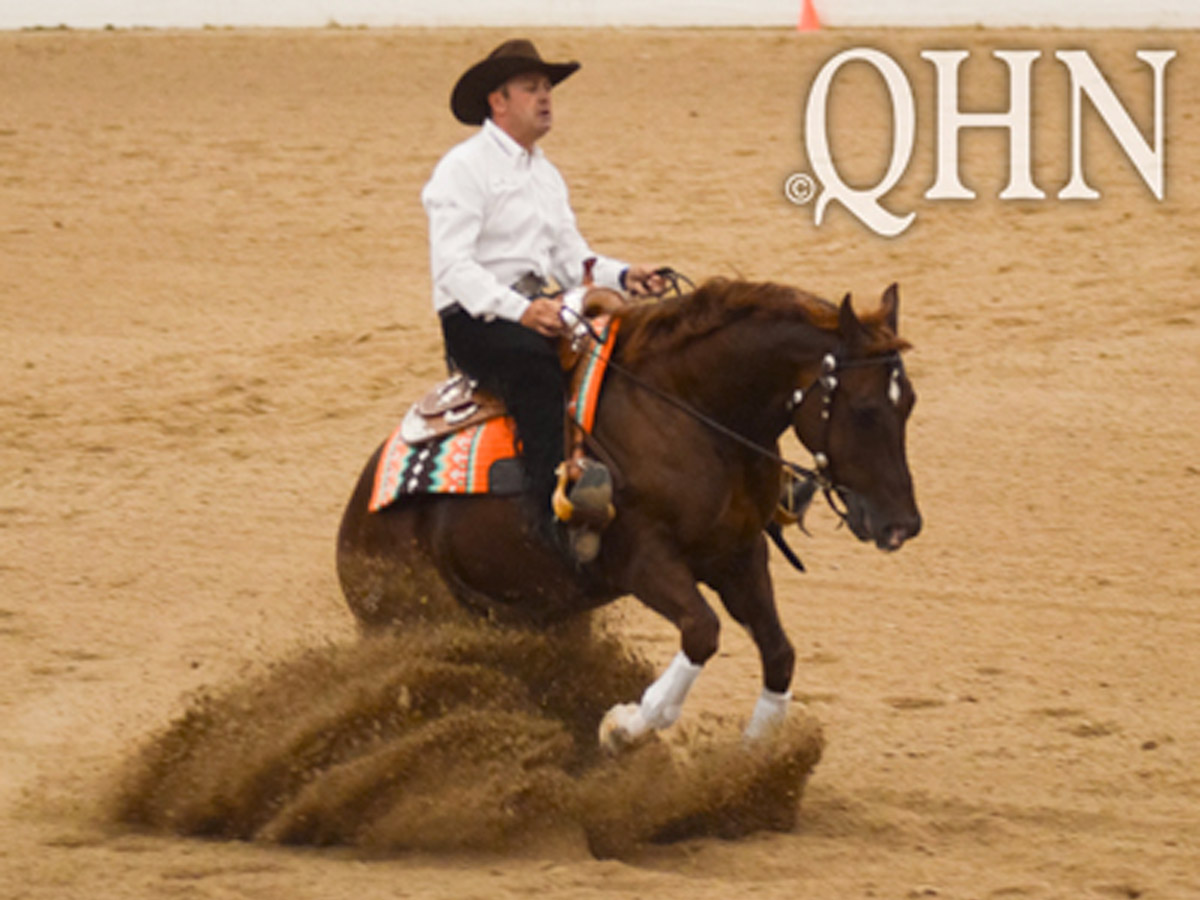 During the Wild Card Reining Challenge 4-Year-Old Futurity Open, Gabe Hutchins rode Ladi With A Gun to a 219.5 from the 21st draw. The score topped the Level 4 Open and seemed like it would hold for the win, but then Legends West and Andrea Fappani marked the same score from the 32nd draw. There was a tie.

Since the 4-Year-Old Futurity is about preserving young horses and not putting too much pressure on them, Fappani and Hutchins agreed to not call for a run-off, choosing to split the Championship instead. Each received $6,693.

“We both decided both our horses didn’t really need another run today,” Hutchins said. “They’re both still green, and we just felt like it wasn’t the right thing for the horses.”

The Wild Card was the first time for Fappani to show Legends West (Custom Legend x Western Whizzy x West Coast Whiz), who is the first high-level reiner for his owner/breeder, Scott Loughridge, of Las Vegas. Legends West came into Fappani’s program later during his 3-year-old year, so Fappani knew he probably would not make the futurities.

“It was actually kind of a plan from the beginning to come to this show with him,” Fappani said. “It’s nice that it turned out good. It’s a horse that hasn’t been pushed, he hasn’t been shown at all. Even this year, this is the first time he’s ever been shown. He matured at the right time.”

“But pretty soon I realized he was more than a non-pro horse, so I kind of stole him from her and asked her if I could try him out,” Fappani said with a laugh. Since the stallion only had one testicle, they gelded him, but the surgery to remove his undescended testicle turned out to be more involved than expected because of how high up in the body cavity it was. Spooks Show Time had about 60 days off after surgery, and Fappani has been legging him up since.

“We decided to bring him here just to try him out and see what he’s like, and we’ll maybe take him to the NRHA Derby or the High Roller,” Fappani said. “I was obviously super happy with him. I didn’t really know what to expect. I like the horse at home but I don’t know him very well, so it was a trip to kind of get to know each other a little bit more. He sure feels like a horse that’s going to step up and be good.”