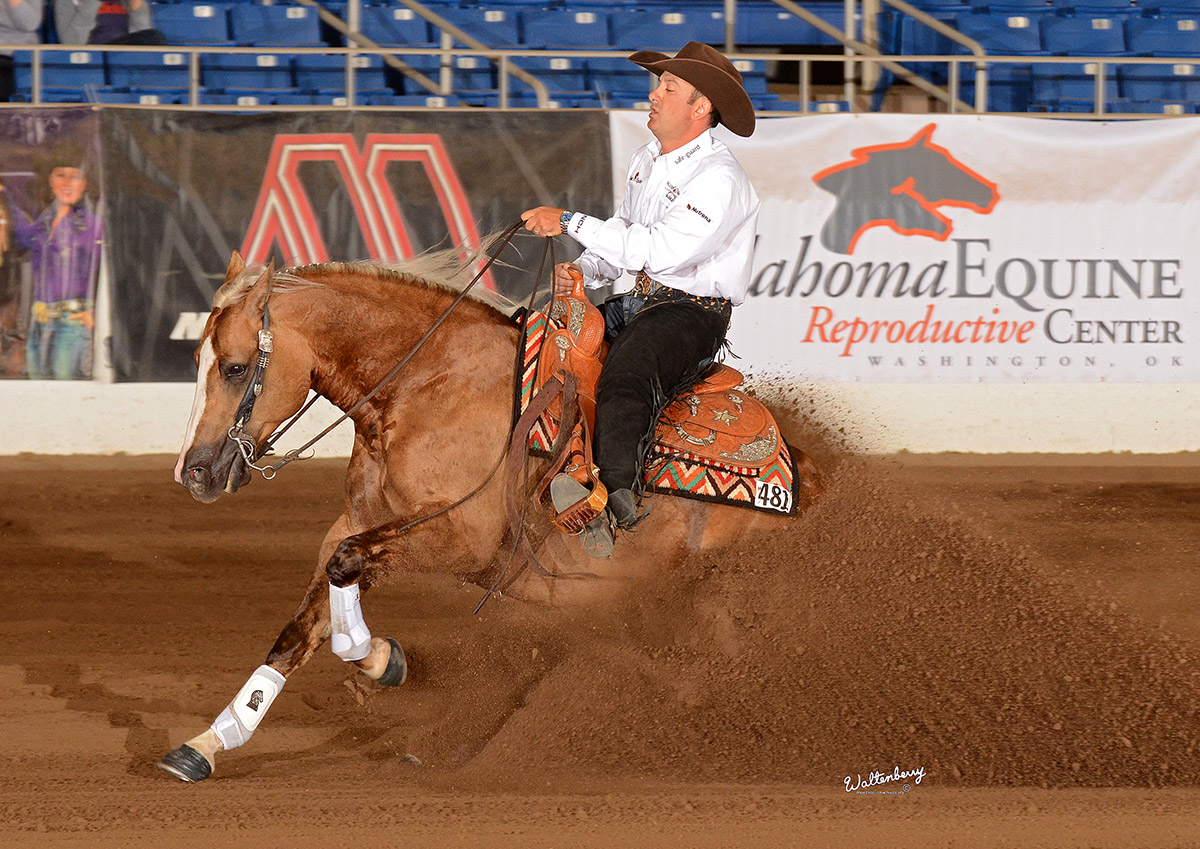 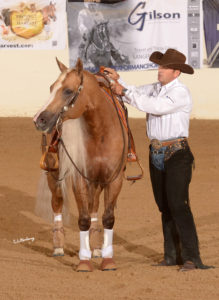 After an exciting day of action in the Protect The Harvest Derby Non-Pro, the fun at the Cactus Reining Classic continued with the Lucas Oil Derby Open on Saturday, March 5. With 70 horses in the class, the competition promised to be entertaining, and Platinum Vintage held up his end of the bargain.

A 226 marked from draw 46 by 2014 National Reining Horse Association Futurity Open Co-Champions ARC Gunnabeabigstar and Jordan Larson appeared to be the ticket for a win, but the duo settled for the Reserve Championship after Platinum Vintage came in from draw 64 to mark an impressive 230.

“It’s always good when you win,” Fappani said. “This is the first time I’ve shown this horse, so I had a little bit of pressure put on myself.”