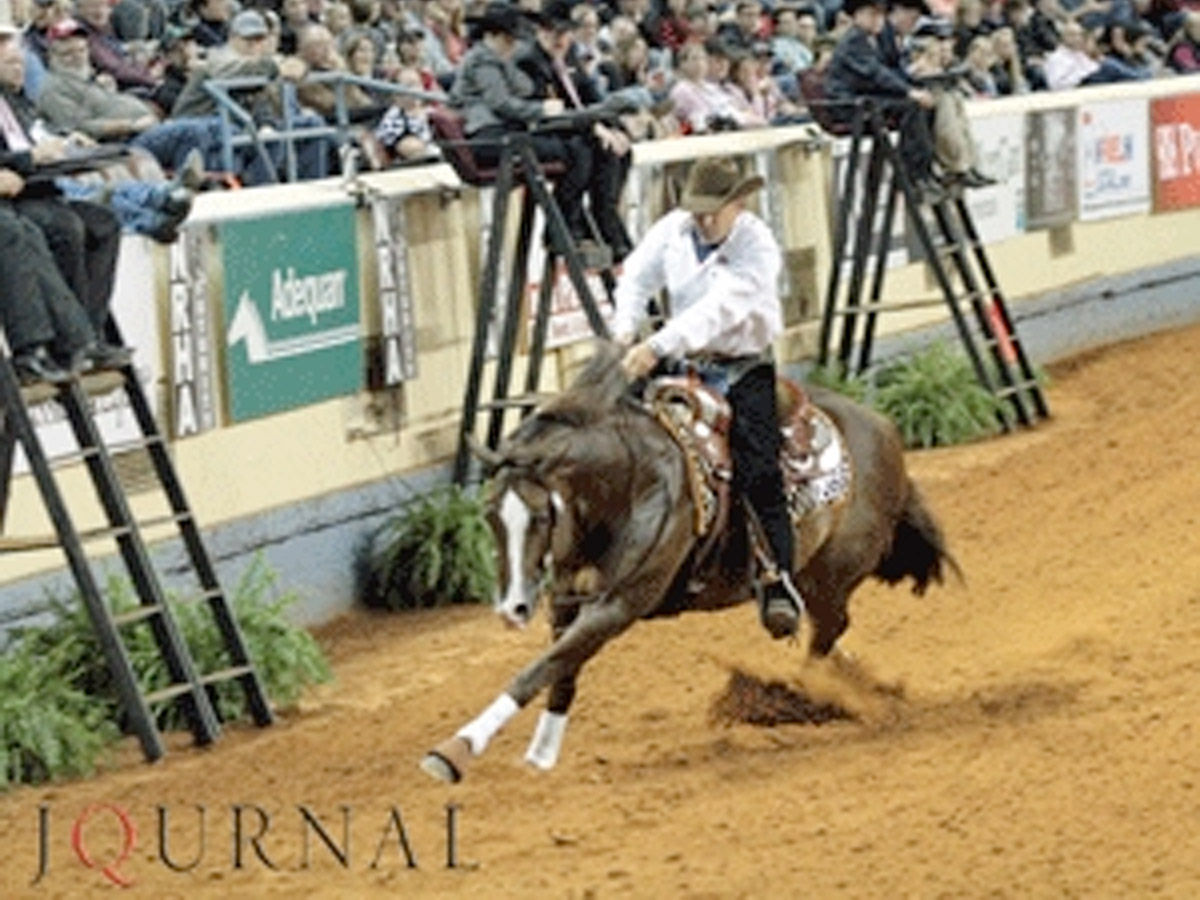 Shootout at the NRHA Futurity

After a year and a half out of the show ring, Lil Joe Cash returned December 5 to Oklahoma City to win the $75,000-Added Championship Shootout at the National Reining Horse Association Futurity.

With Andrea Fappani in the saddle, same as he was for the Futurity win in 2011, “Lil Joe” worked 18th in the draw for a score of 223. His hard stops and the impulsion out of rollbacks had the crowd gasping.

“(He’s) much stronger and much more comfortable and mature mind-wise,” Andrea said. “He’s been a pleasure to bring back. It was a great surprise that he came back a stronger horse, for sure, than what I left him a couple of years ago.”

Since becoming AQHA world champion in junior reining in 2012, Lil Joe has been standing in Texas, Andrea said, explaining why he hasn’t been showing the horse.

“He’s breeding in Texas, and with me being in Arizona, it’s just too hard,” he said. “We tried one time to have someone leg him up and me just show him at the shows, and it just didn’t work out. The horse is too nice. It wasn’t fair to anybody.”

Trainer Casey Deary showed Lil Joe to a win in the derby at the Tulsa Reining Classic, but the stallion has been off until Andrea started legging him up about a month ago.

Lil Joe Cash is a 2008 sorrel stallion by Nu Chex To Cash and out of AQHA Superhorse RS Lilly Starlight by Grays Starlight. He was bred by Kurt and Angie Harris of Guthrie, Oklahoma, and is owned by Lil Joe Cash Inc. of Waco, Texas.