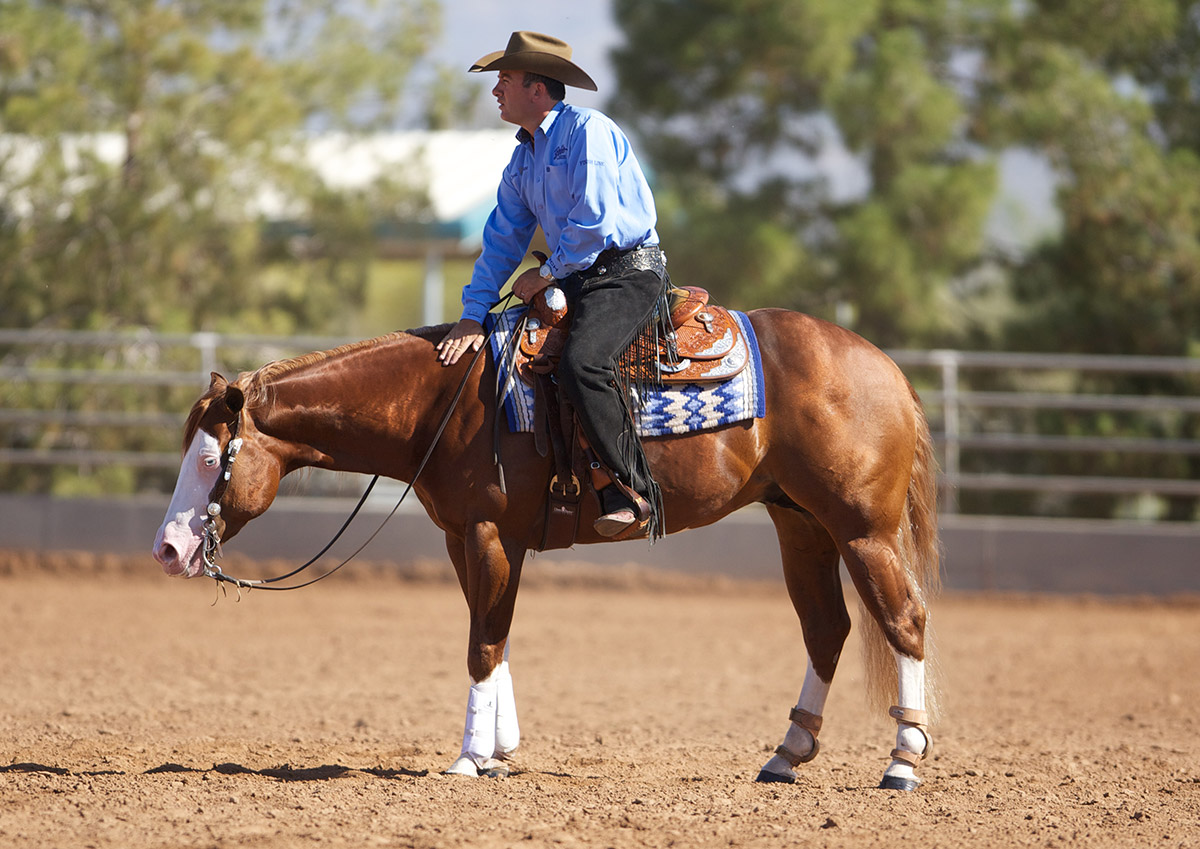 Equi-Stat Elite $4 Million Rider Andrea Fappani has been one of the reining industry’s top competitors for many years. When he enters the show pen, his performances often demand attention.

Not many great horsemen start off that way. Like many before him, Fappani started from the bottom and slowly worked his way up the ranks. With so much experience, he has a few tips on climbing up the levels in any discipline.

“What has helped me through the years is getting a lot of help from different people,” Fappani said. “I try to pick people’s brains. I see a lot of guys that get to a certain point and win a little bit, and they think they’ve got it figured out. But it is a lot of hard work and learning from everybody.

“Even if it’s [someone who doesn’t] do as well as the other guys, you can still learn from them. Every person that I’ve ridden with, I have always been able to pick something up. Even if it is something tiny, it has made my program better. You need to keep an open mind, and working hard is the secret to this business. Never write anyone off, and learn from everyone.”

Although Fappani is confident in his ability as a trainer, he said there is always room for improvement and he will always be looking for ways to better his program.