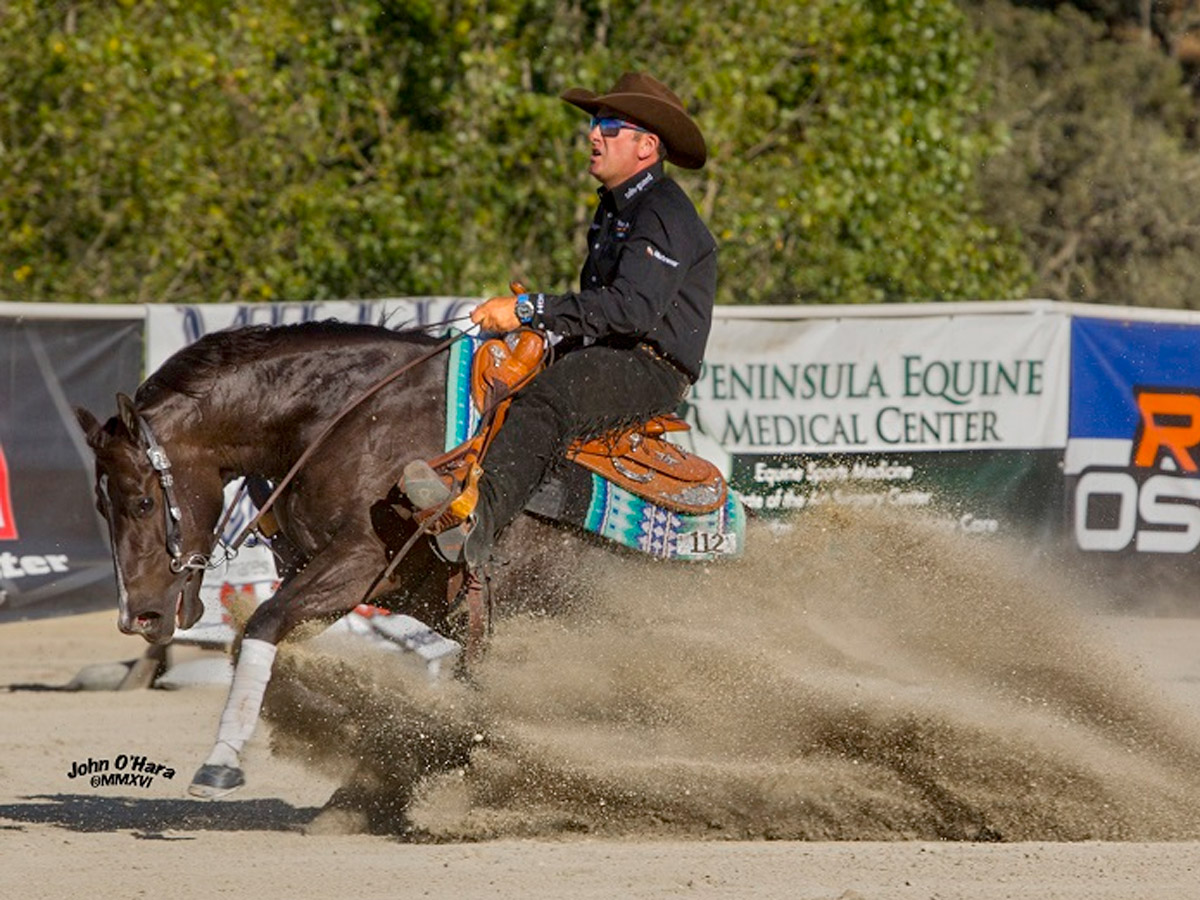 On July 23 at the Reining By The Bay in Woodside, California, the stands were packed as the first pair in the Derby Open draw ran in and slid to a stop. As time went by, several big runs were posted, but it was not until about halfway through the draw that the competition really heated up.

From the eighth draw, Pinesail Jac and Equi-Stat Elite $4 Million Rider Andrea Fappani marked a 225, a score that seemed untouchable until Tricked Out Spook and Tanya Jenkins scored a 227 from the 18th draw. That score seemed like it would hold through the rest of class, but Fappani came back on Electric Genes in the second to last draw to mark an impressive 230.5 to win the Derby Level 4 Open Championship.

“It means a lot, especially with the people that I work for, Pat and Jim Warren. They own Rancho Oso Rio and they’re the main sponsors here, so it’s kind of their show,” Fappani said. “We’ve tried for the last few years to have a nice horse for them, but it just didn’t pan out, so this year I won on one of theirs, and it means a lot. They’ve put a lot of effort in, and they’ve been sponsoring this show for 17 years.”

Electric Genes (Jacs Electric Spark x Taris Designer Genes x Mr Boomerjac) is a homebred mare belonging to the Warrens, of Woodside, California. For the title, she picked up $10,828, pushing her to nearly $90,000 in earnings in Equi-Stat.