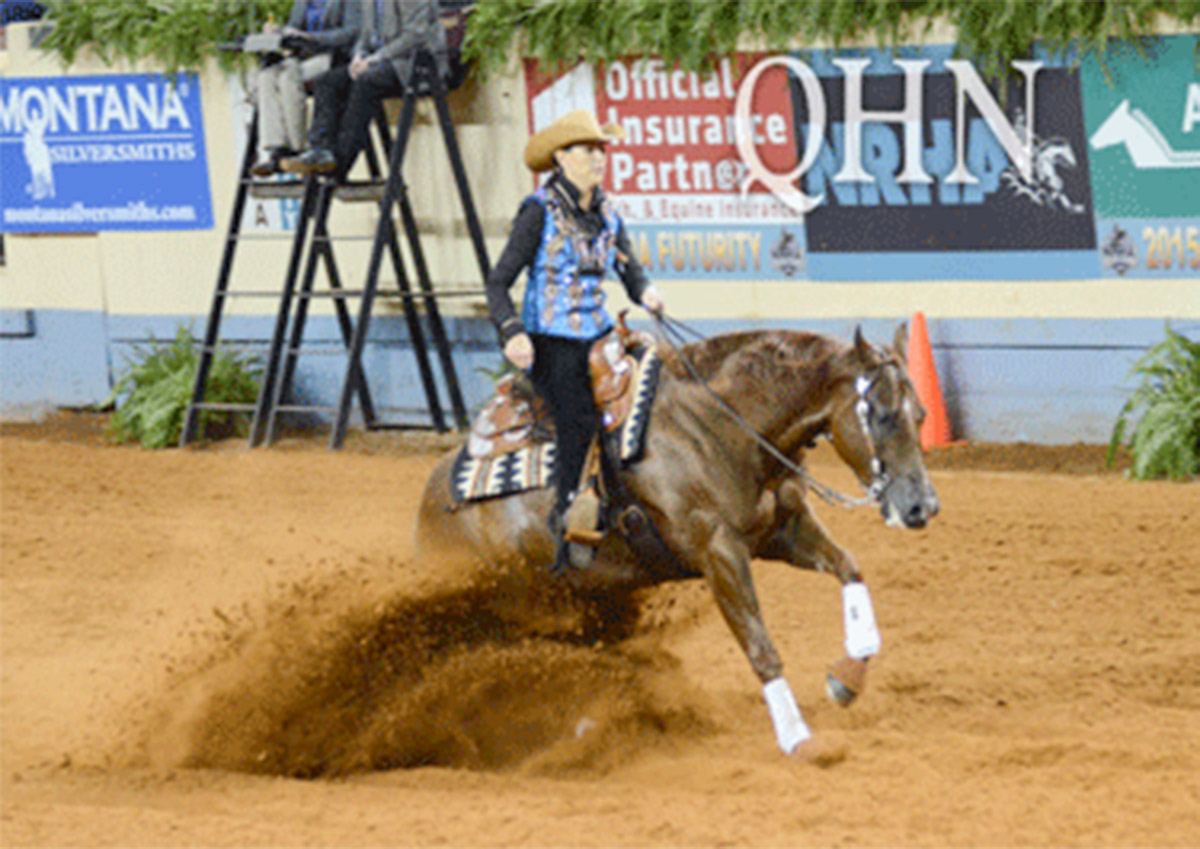 Tish Fappani rode her 3-year-old stallion Legend Slides Wright to win the 2015 Cinch Futurity Level 4 Non-Pro Championship and take home over $36,000 after marking a 220.5! Legend Slides Wright is by Custom Legend and out of She Slides Wright (by Smart Little Lena) and is a 2014 Markel Insurance Futurity Prospect Sale graduate. He and Fappani also earned an additional $37,500 thanks to the NRHA Sale Incentive. Steve Worman, the consignor of Legend Slides Wright, received a check for $12,500. The stallion was nominated by Steven Simon, who earned a $1,895 check for the nomination.

Fappani also received a Bob’s Custom Saddle sponsored by Dubarry of Ireland, a Montana Silversmiths Custom Trophy Buckle sponsored by Jerry Kimmel Reining Horses, a Classic Equine Product, a pair of Rios of Mercedes boots, a $300 SmartPak certificate, a Shorty’s Cowboy Hattery certificate, a Bluebonnet Feed product and the use of a Sundowner Trailer for one year, provided by Twin Cities South Trailers.